Full steam ahead on the steep slopes 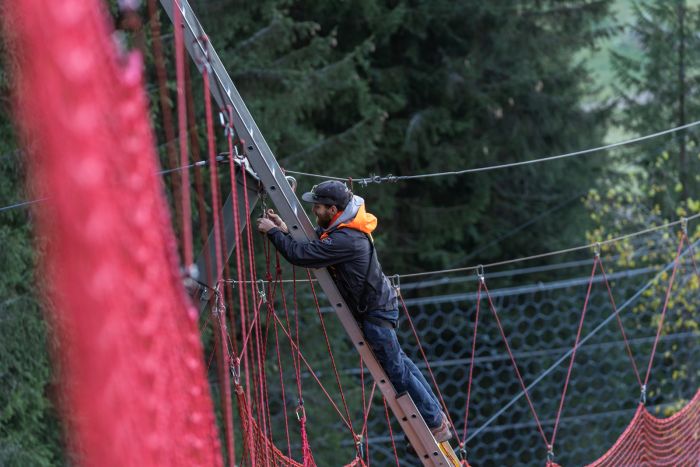 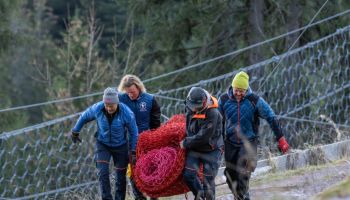 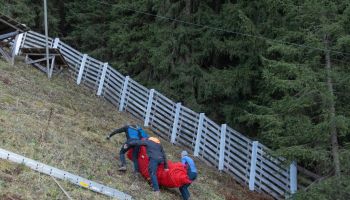 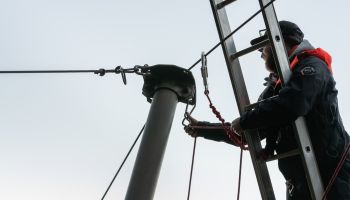 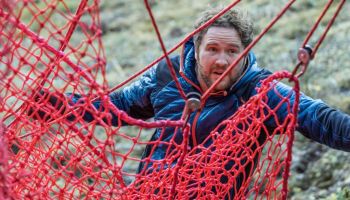 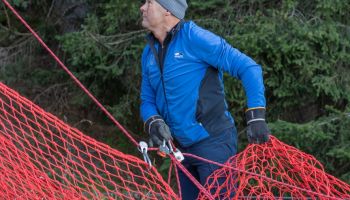 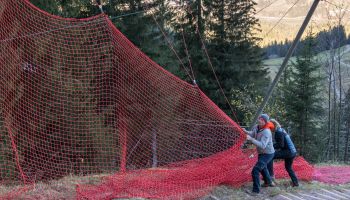 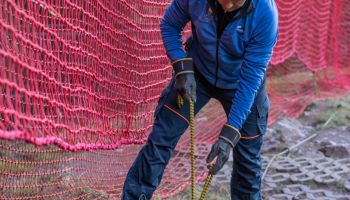 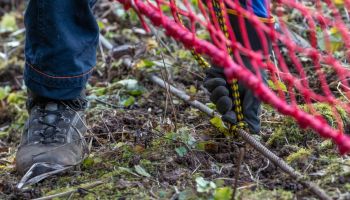 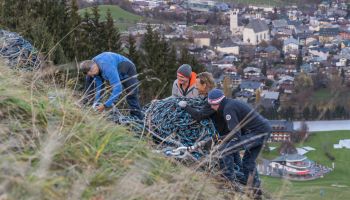 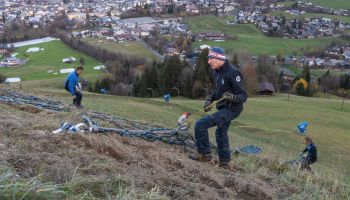 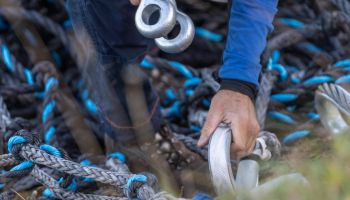 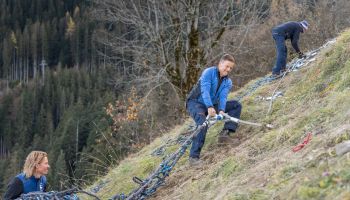 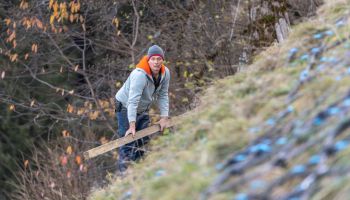 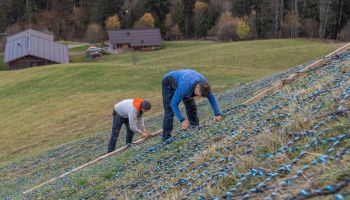 Preparations on the Streif are in full swing. Safety nets have been rolled out and installed over the past few days. Despite the strenuous work in exposed terrain, the team is delighted to be engaged in the task at hand.

It's a bit like hanging curtains - "but without having to iron them and with a better view," as Mario Mittermayer-Weinhandl points out. Over the past few days, A-nets were installed on the Steilhang and Brückenschuss sections of the Streif - a total length of around 350 metres. Our team would have trouble working without the necessary levels of fitness, surefootedness and strength, because a rolled net can weigh up to 150 kilograms. And hooking in (above) and knotting (below) requires patience and nimble fingers - just like on a curtain rod. As arduous as the work on the Stielhang (steep slope) - the name says it all - may be, the mountain team enjoys it and has a routine in place. Every move sits perfectly, and words are only used in the most necessary of cases.

"That's the best thing about the mountain: there's no boss here, everyone knows what they have to do, everyone knows their way around - it doesn't take many words," says Peter Widmoser, who works on the Streif all year round. The tasks range from repairs, stocktaking in the material huts, collecting rubbish along the route, mowing and trimming work or even fixing the nets. Wouldn't it be easier for all concerned if the nets were simply left in place over summer? Quite the contrary, UV radiation would in fact damage their durability and colour. By the time the races come along (between 16th and 22nd January), almost 15 kilometres of nets and fences will be mounted alongside the Streif and Ganslern racecourses. 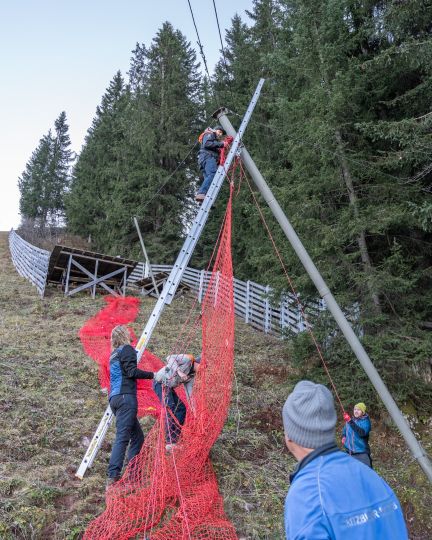 Toni Ehrensperger also works tirelessly on the Steilhang slope: "Many people have no idea of the effort involved and believe that the Hahnenkamm Races keep us busy for two or three weeks a year and that's it. But how could anyone know that a small team works all year round on the racecourses?" explains the cross-country skiing head coach of Kitzbühel Ski Club and smiles:  "It gives me a huge thrill to be here." According to Peter Widmoser, the main prerequisite for working on the mountain is "passion! Because we also work in horrendous weather conditions, not just when it’s nice.”

It is noticeable that Chief of Race Mario Mittermayer-Weinhandl not only works on the Steilhang slope fixing the nets, but a little later also on Hausberg mountain, where 300-kilo snow retention nets are laid out and installed: "I said when I took this position on that I wanted to work everywhere - to understand everything about the course better and because everything interests me. Besides: what could be better than working out here with nice people?" Mario Mittermayer-Weinhandl enthuses as he fights gravity in the steep terrain below the Hausbergkante ridge and weaves wooden slats through the nets. 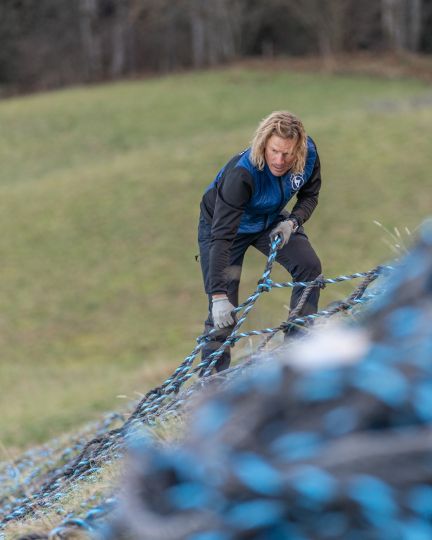 The snow can come and (finally again) so can the fans. Tickets for the 83rd Hahenkammrennen are only available in advance and cannot be purchased on site (not even during Race Week). All ticket details can be found here.

13.10.2022 16:11 6
100 days before the first athletes head to the start line, Michael Huber wishes for “a return to normality” for the 83rd Hahnenkamm Races. Race tickets are only available in advance from the...