Safely into the new week 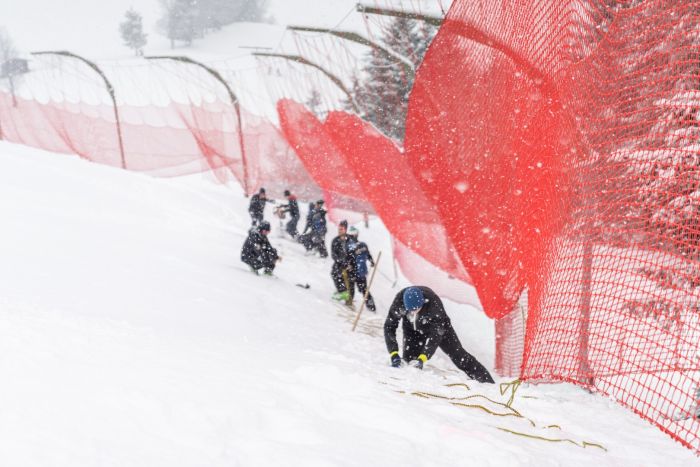 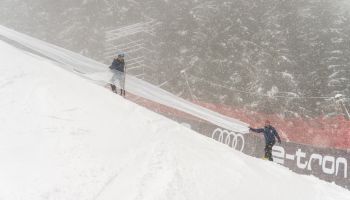 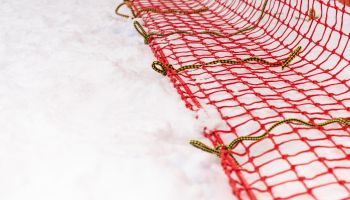 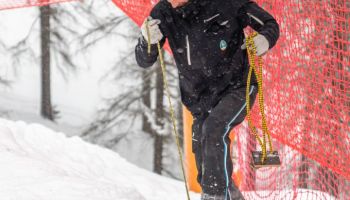 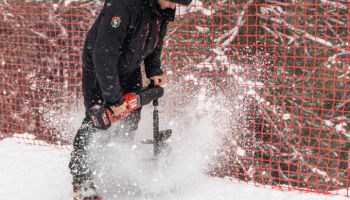 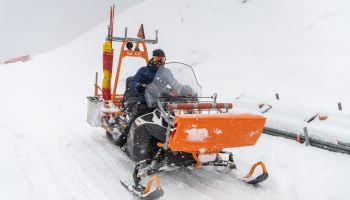 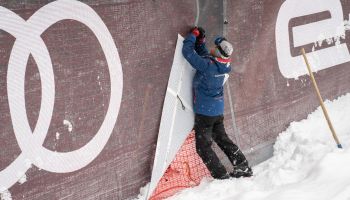 Special focus was placed on safety work on the nets and tarpaulins on Monday.

The Hahnenkamm was swathed in a mantle of fresh snow again on Monday, with around 7 centimetres of fine powder falling during the night. While helicopters performed transport flights tirelessly from the valley to the start area, a huge amount of manual work was required along the Streif. From the Steilhang exit, to the Seidlam and Traverse, safety work was carried out almost everywhere on the A, B nets and tarpaulins. A challenging task that requires a great deal of dexterity, while working in snowfall and sub-zero temperatures.

In some places, the A-nets are connected to a steel cable buried in the ground with a carabiner, or with the help of a so-called snow plate. To this aim, a hole is drilled in the snow and the snow plate sunk into it, then firmly buried. Only the bottom rope of the snow plate protrudes from the snow, which is knotted to the A-net. The same procedure is applied to the Traverse, where additional masts (to which the A-net is attached) were covered with mats. A total of 1,350 metres of A-nets will be installed along the Streif, plus 13,000 metres of B-nets.