The Swiss Blitz in Kitz 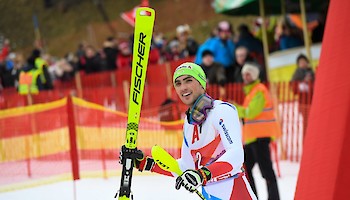 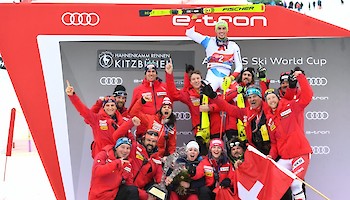 It was a day full of high spirits and sensational results: after the young Norwegian, Lucas Braathen, surprised everyone by taking the lead in the first run, nervous tension about the outcome of the race was palpable during the second. Switzerland’s Daniel Yule confidently and skilfully won today’s race, with an unbeatable time of 1:41.50.

At last, a Swiss athlete on top of the podium again. None of his fellow countrymen have managed to take first place in this Kitzbühel discipline since 1968, which makes the likeable 26-year-old the most successful Swiss Slalom racer of all time.

A fact that brings him enormous pleasure: “As a Swiss athlete, this success is simply amazing. This is the myth, even though I don’t ski in the Downhill discipline. I wasn’t even a twinkle in my father’s eye when the last Swiss athlete won here. Hopefully I get to experience this feeling many times again."

He already won bronze on the Ganslern Slope in Kitzbühel in 2018. This is his third win of the season – he triumphed in two World Cup races in Madonna di Campiglio in 2018 und 2020, as well as in Adelboden in the same year, earning him second place in the overall Slalom World Cup rankings (435 points).

He accepted the golden “Gams” trophy in front of 18,000 spectators with a broad grin across his face – this Swiss comeback could not have been nicer.