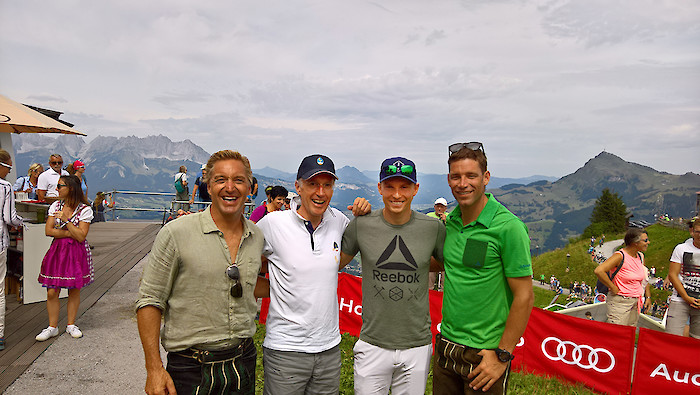 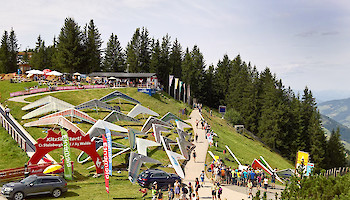 The Hahnenkamm was a hive of activity all over again on Sunday, 28th August. Readers of the “Kronenzeitung” newspaper met early morning to go on a hike of the Streif, hang-gliders elected their champion during the Austrian Open, and AUDI extended an invitation to a gourmet garden festival at the Start Hut, as part of their collaboration with the Bergbahn AG, which resulted in a surprise meeting of three Hahnenkamm winners. KSC-President, Michael Huber, was delighted to welcome Benjamin Raich with his wife, Marlis, Hans Knauss and Henrik Kristofferson with his girlfriend Tonje at the start of the Streif on the Hahnenkamm.

11.12.2019 07:11
#unraceable Ski Challenge users will play for an adventure package during Race Weekend In doing so, the car manufacturer focuses on content marketing: using an app, players first head up the...