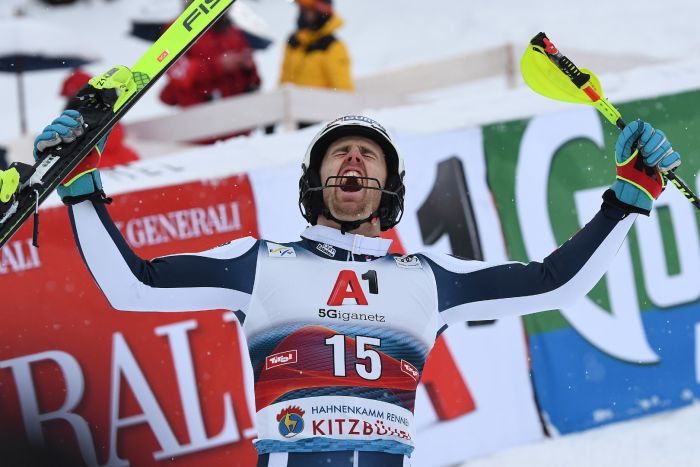 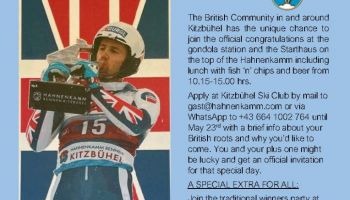 Rarely has a victory by an athlete generated such undivided approval and enthusiasm among ski fans as that of the likeable Briton Dave Ryding. In the memorable slalom on the slope, the 35-year-old claimed his first World Cup victory in January 2022 in heavy snow. As has been the custom for many years, his name and his nation will be allowed to adorn a gondola on the Hahnenkamm run from this summer onwards - an honour bestowed on all winners of a Hahnenkamm race. The presentation of the Ryding gondola will take place on Friday 27 May 2022.

Incidentally, Dave Ryding's triumph was the third British victory overall on the Hahnenkamm. Before him, Gordon Cleaver took the very first combined classification in the premiere year of the Hahnenkamm races in 1931. In 1937, Evelyn Pinching secured the women's downhill, which was raced over the Streif for the first time at the time.

However, the large British community in and around Kitzbühel will also have the opportunity to express their joy at the victory and offer their congratulations to Dave Ryding in person. Even though the number of guests has to be limited due to space restrictions, all fans from the region with British roots and their companions can now apply to be included in the list of guests of honour at the start house. Simply send an email to gast@hahnenkamm.com or a WhatsApp message to +43 664 1002764, mentioning your British connection and a short reason why you absolutely want to be there for the gondola handover. Entries are open until Monday 23 May.

To let Dave Ryding experience the "real" Hahnenkamm spirit, The Londoner will open its doors for a classic Hahnenkamm winner's party on Friday 27 May from 7pm. The traditional band Short & Curlies will provide musical entertainment with free admission. On this Friday, Kitzbühel will be all about "Let's celebrate the British Slalom Hero!"